Today I want to look at and discuss The Bronze Snake in the book of Numbers. The actual chapter and verses are

Please read text below so that we are all on the same page and then we can dive into our spiritual food because GOD did not create humankind to live by bread alone but we are to consume each and every Word that comes from the mouth of GOD.

This text is taken from the New Living Translation or NLT abbreviated.

Then the people of Israel set out from Mount Hor, taking the road to the Red Sea to go around the land of Edom. But the people grew impatient with the long journey,5 and they began to speak against God and Moses. “Why have you brought us out of Egypt to die here in the wilderness?” they complained. “There is nothing to eat here and nothing to drink. And we hate this horrible manna!”6 So the Lord sent poisonous snakes among the people, and many were bitten and died.7 Then the people came to Moses and cried out, “We have sinned by speaking against the Lord and against you. Pray that the Lord will take away the snakes.” So Moses prayed for the people.8 Then the Lord told him, “Make a replica of a poisonous snake and attach it to a pole. All who are bitten will live if they simply look at it!”9 So Moses made a snake out of bronze and attached it to a pole. Then anyone who was bitten by a snake could look at the bronze snake and be healed!

It was not the bronze snake image on that pole that healed the children of Israel that looked upon it.

Then, just what did this “Bronze Snake” on the staff represent?

Since Jesus Christ became the personification of Sin on the cross He likened Himself to that old serpent Satan! So all that Satan’s system represented was nailed to that cross. Satan and his authority is what died that day and grace got up, love got up, mercy got up.

The law is a hard task master that is designed show us that we are sinners in need of a Savior.

But at times, I have even had to be hard on my own children in order not to ultimately lose them.

I see GOD the Father this way as it pertains to the children of Israel and even in our own personal lives at times.

The reasons for GOD’s anger with the children of Israel that day was because they spoke out in evil against GOD Himself and Moses and had once again failed to follow HIS commandments that they had promised to at least try to keep. Even though we can not keep the law perfectly GOD knows if our hearts are towards and for Him. You see,  the children if Israel hearts were still captivated with Egypt and all of her strange fruit!

When we break the first commandment …

We have really broken all the others! Because none of the others can be properly walked out without proper reverence for GOD. It’s like a mathematical equation that is always not quite adding up but in our own personal reasoning we try to make it right. 2+2=4 not 5, 6 or 7. The people were ungrateful for GOD’S provisions for them and over and over longed a ached to return to Egypt!

Have you ever needed to be truly free from something or some relationship but found yourself drawn to this life sucking vampire much to your utter confusion and dismay?

Sometimes in life when our thinking is not in alignment with life the pleasure we seek is wrapped up in our pain.

Of course GOD understood that they were sin sick needed to be totally re-educated or renewed in their thinking because they had been slaves for a very long time. They had been in a “bowed” position to Pharaoh ( the King) of Egypt for centuries. They had come to see the Egyptians as their masters or the gods in their lives.

I have learned in my own life that whatever you bow down to will master you.

This is why we have to learn to stand up to the giants in our lives; ultimately! Because GOD does not wish that we bow down to and worship anything or anyone or any principality but HIM! As a matter of fact worshiping other GOD makes HIM down right unhappy with us.

You see I think that  the children of Israel wanted their liberties from the Egyptians and they were more than willing to allow GOD to fight for them to “spring” them from their Egyptian jailers but once they had their liberty they  wanted to be free to live on their own terms much as the Egyptians had modeled life and living to them for centuries.

But GOD... had other plans in HIS mind for HIS people that HE had longed to live among since the fall in the Garden of Eden. HE came back for them (to deliver them from Egypt) because of the promise that HE had made to Abraham.

With each of the 10 plague GOD used to deliver the children of Israel from  Egypt there were  lessons to be learned by the Israelite s of the GOD of their forefathers (Abraham, Issac and Jacob). Personally I think that they failed to fully understand this fact because GOD could have delivered them from Pharaoh with just one plague but instead GOD chose the longer way around because they had many things to learn of HIM.

So just who and what healed those snake bitten children of Israel in the desert long ago?

Jesus said ” If you love me then you will keep my commandments”. The ones that were healed were obedient to God’s instructions as HE had given them to Moses to share with the children of Israel.

Even though the children of Israel did not know the meaning or the person of Jesus Christ  nor did they understand the fullness of what the  bronze serpent lifted up on a pole meant. But they; the ones that were healed that day believed in and obeyed their GOD and received deliverance from death and a type of salvation!

The process of sanctification for each of us is a step by step process so hold on to GOD’s unchanging and all powerful and wise Hands through your wilderness experiences in this life. 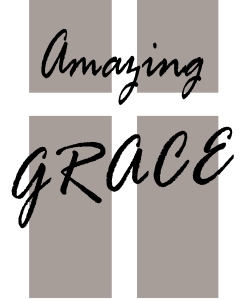 Today I want to thank GOD for His bountiful love, grace and mercy towards myself and all HIS people!!

Error: Twitter did not respond. Please wait a few minutes and refresh this page.

A life in Christ is a life lived holistically!

Writing Tip of The Day

Blogging To Glorify HIM! Not Striving For The Number Hits!

Jesus said that " If I be lifted up I'll draw all men/women and children unto ME!"

I wait on GOD to give the increase!!!